Everyone knows based from my personal Facebook account, Instagram  and Twitter that I am filled with so much love lately.  A year ago, I was enjoying my sweet precious time being single and I cannot believe that in a year there has been a lot of changes.  The big question is, who is making my heart beat again?  I have been trying to avoid that simple question but it is really inevitable, since I already posted our six letter love story.  So, I just realised, that I never talked about him in my blog in the most transparent way.  Some of my posts about him was through poetry but never mentioned his name or existence, probably because I wanted this relationship to be special and wanted to keep it for myself.  But who am I kiddin’?

Unlike my previous love affairs, I’ve been very vocal, but when this new love started, I was hesitant to talk about it.  Not because I am not proud of him but because I wanted it to be private, I wanted to make sure if he really is worth a space in my blog, yet as time passes by I’ve realised that he has already consumed most of the space in my Facebook timeline and Instagram feeds, so who am I fooling?
Now, I have decided to share a glimpse of how this guy has made me the happiest girl ever, how he has braved his way and climbed through the great wall of Sweet.  How he has soften my heart and brought back the sunshine in my life.  How he has filled my life with pure bliss and wonderful memories.  So here is quite a list of what made him so special?  (Disclaimer:  Watch out for the most cheesiest post ever!)
He’s the guy who picks random flowers in order to give to you. 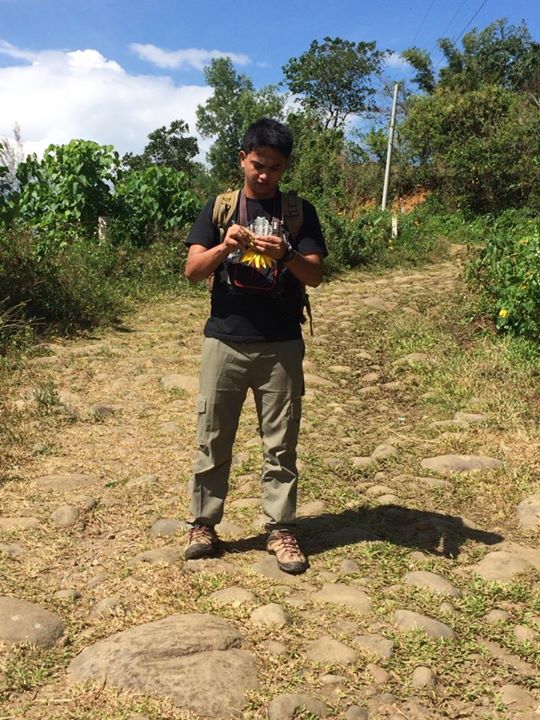 He’s the guy who requests for a heart shaped latte at Starbucks and messed it all up just for the sake of putting your name on it. 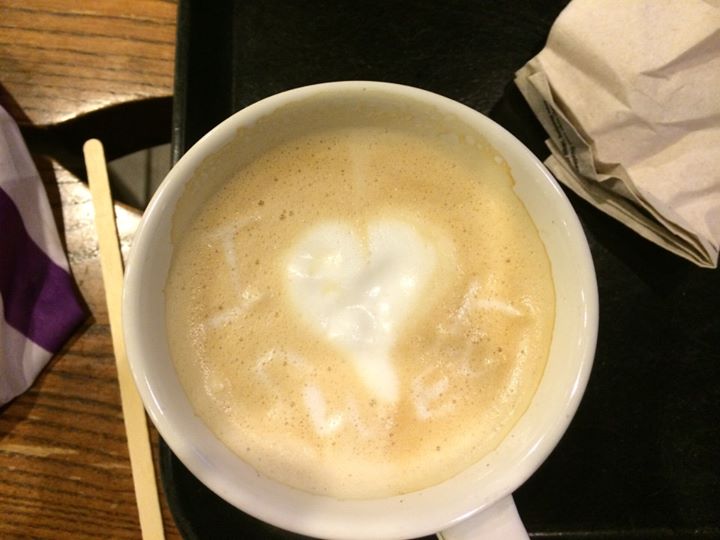 He’s the guy who makes a random I Love You sign while you were busy listening to your professor. 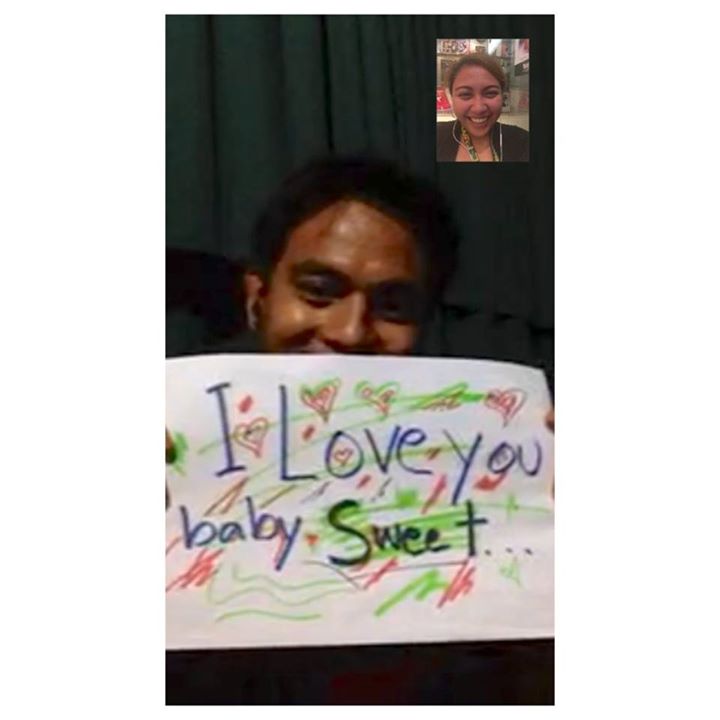 He’s the guy who loves to hold your hand while his driving. 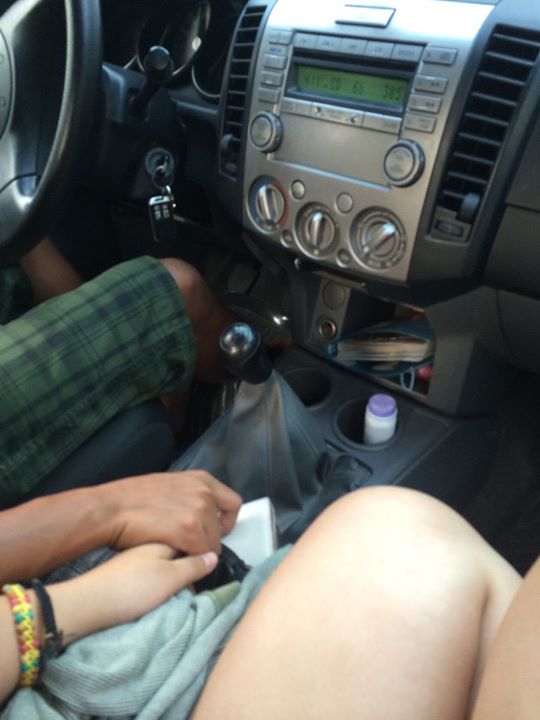 He’s the guy who sends random screenshots of your Facetime conversation. 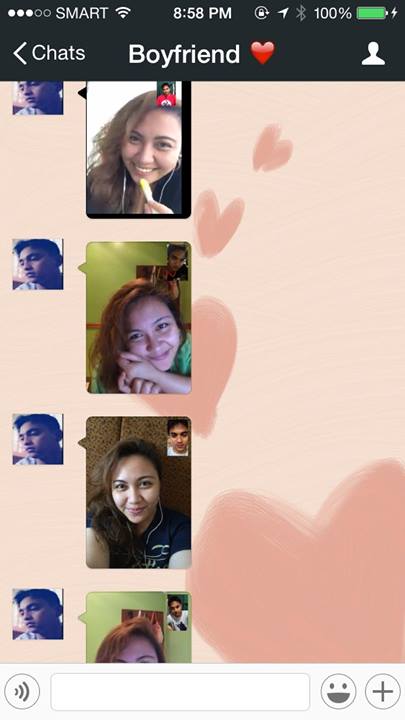 He’s the guy who lets you win a shooting match in an activity center. 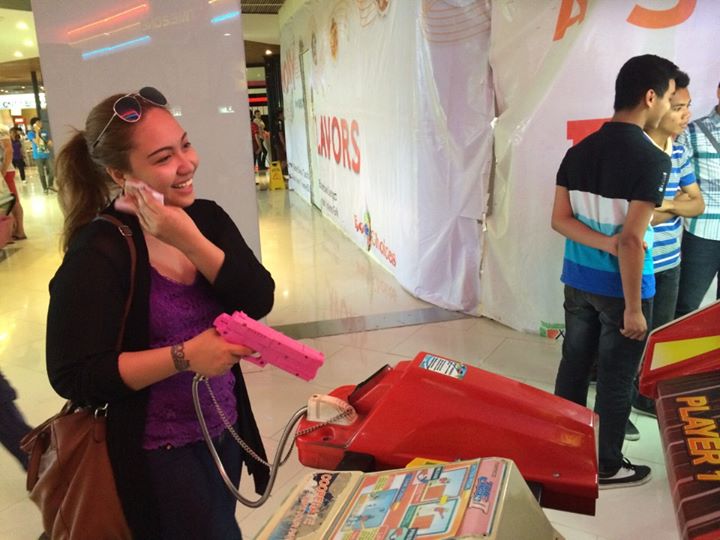 He’s the guy who loves to play with your hair. 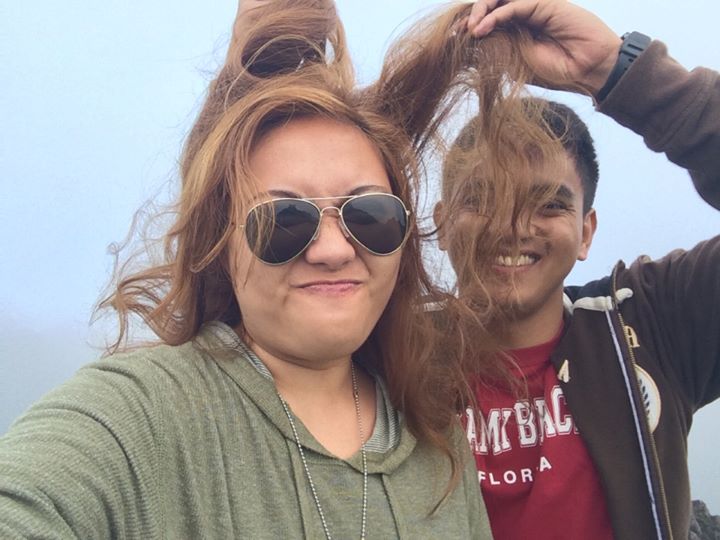 He’s the guy (aside from your Dad) who can make you eat raw Bananas and plenty of fruits. 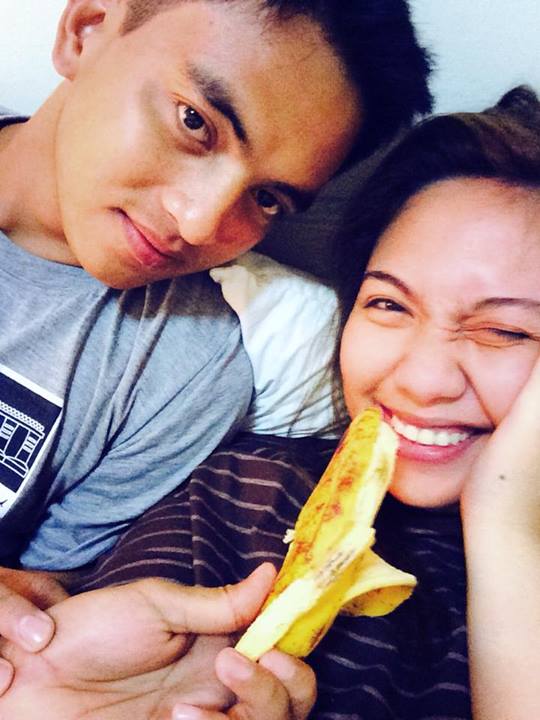 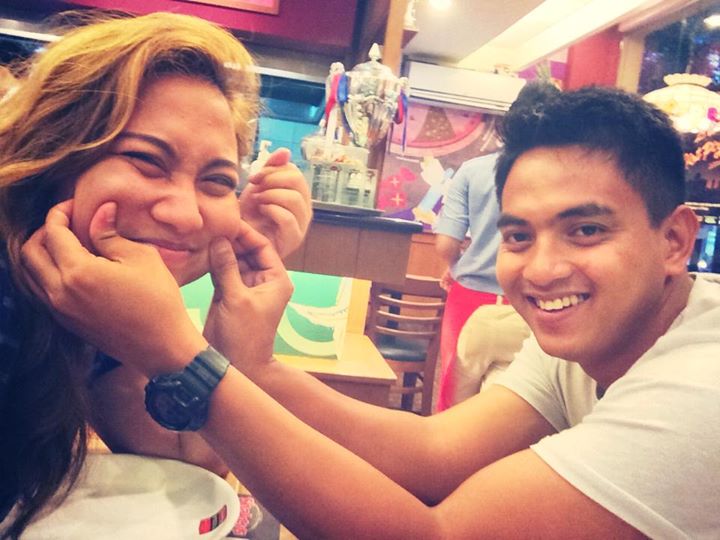 He’s the guy who runs with you in a slow pace just to show his support for running like a turtle. 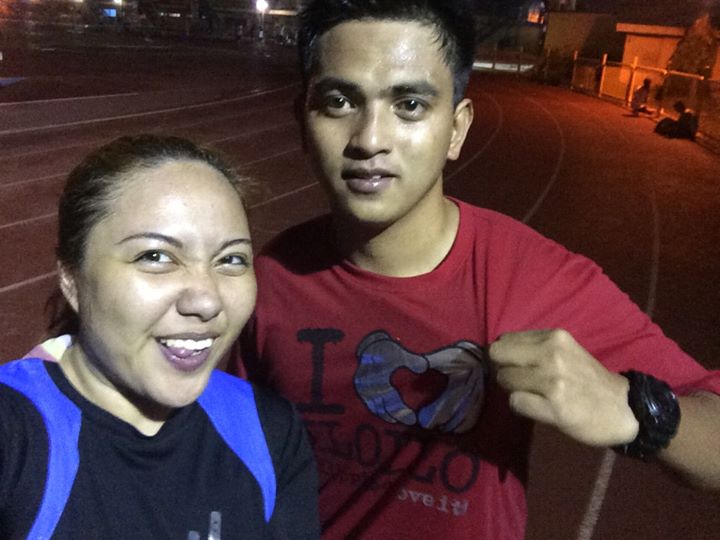 He’s the guy who listens to your voice even though you sound terrible in singing. 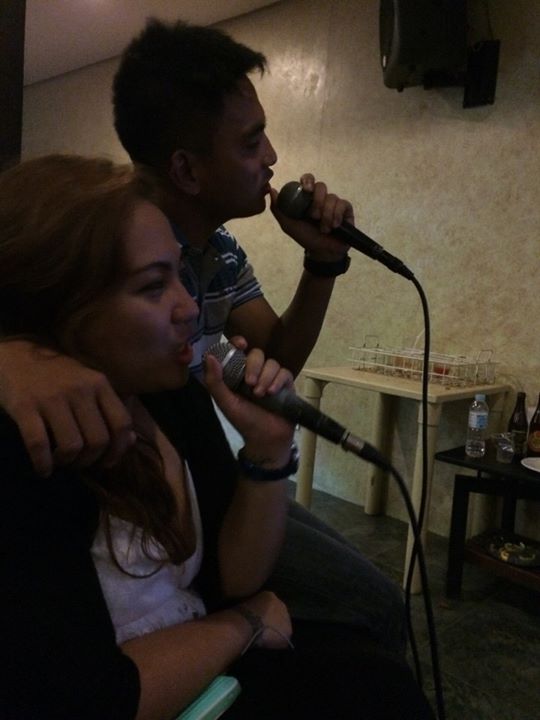 He’s the guy who makes sweet antics and lose sleep during your Facetime conversation. 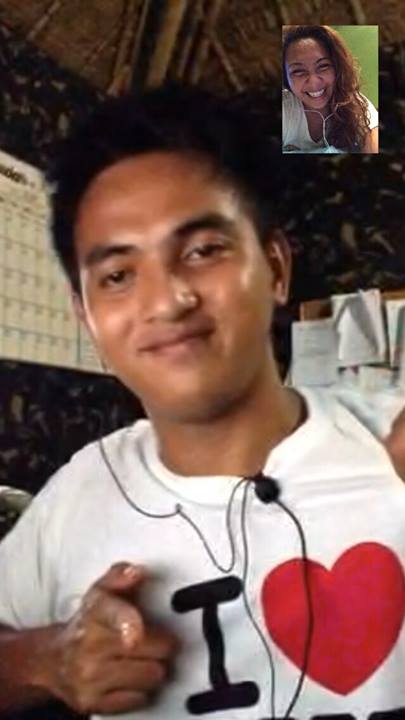 He’s the guy who lets your brother win a game in pool. 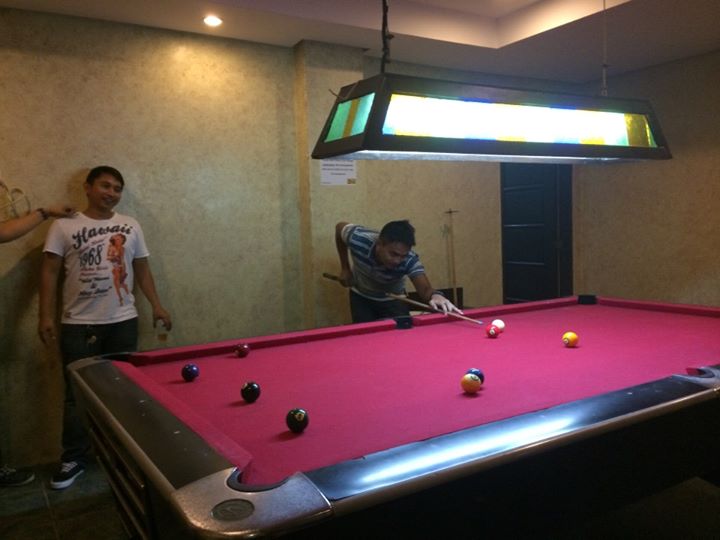 He’s the guy who takes a selfie while you were sleeping. 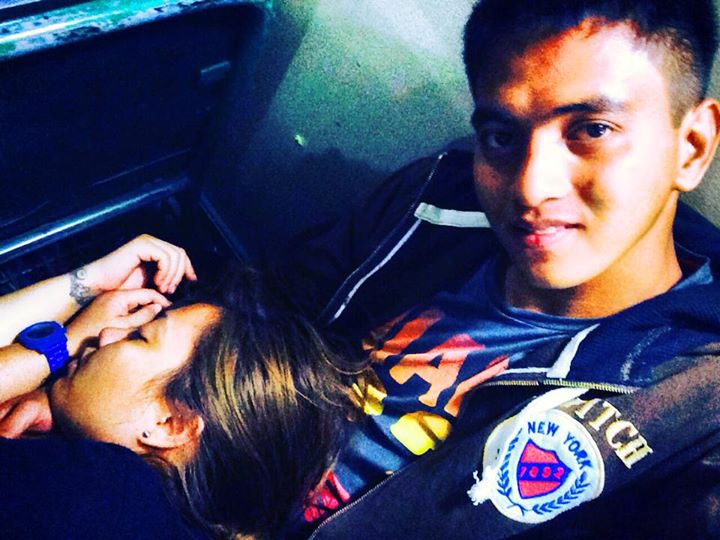 He’s the guy who writes sweet notes on the sand. 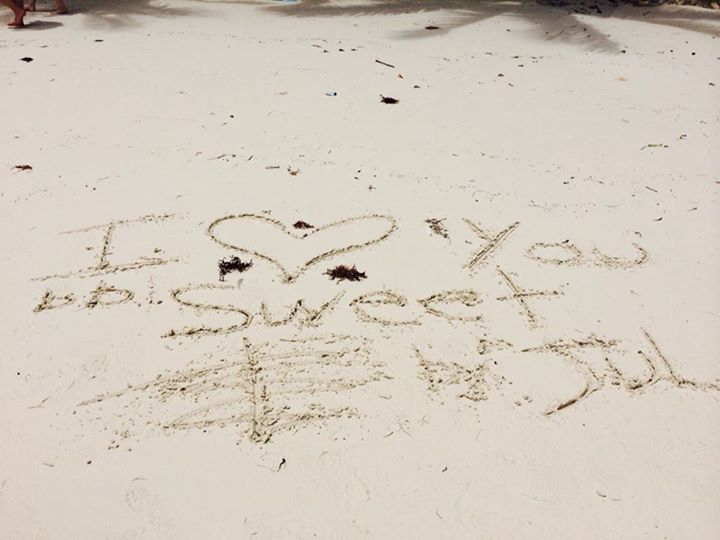 He’s the guy who mimicks your signature pose because he already knows how you act and talk. 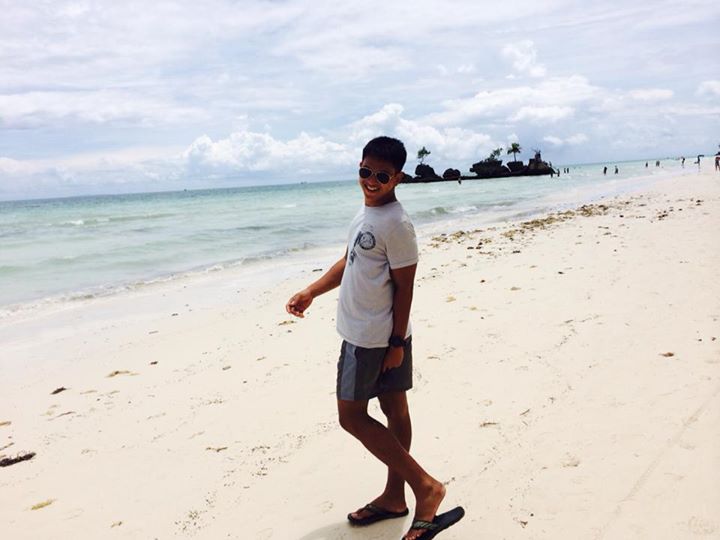 He’s the guy who lets you dance dirty infront of him with no inhibitions on the dance floor. 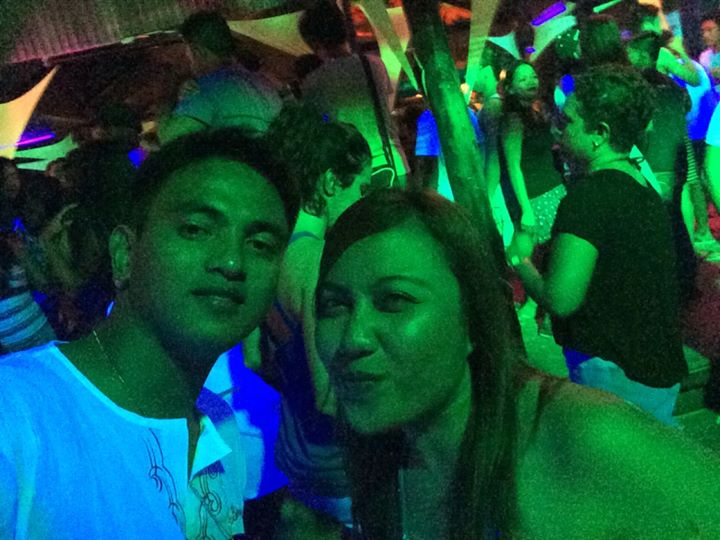 He’s the guy who throws sand at you, even if he knows you will get mad at him for doing so. 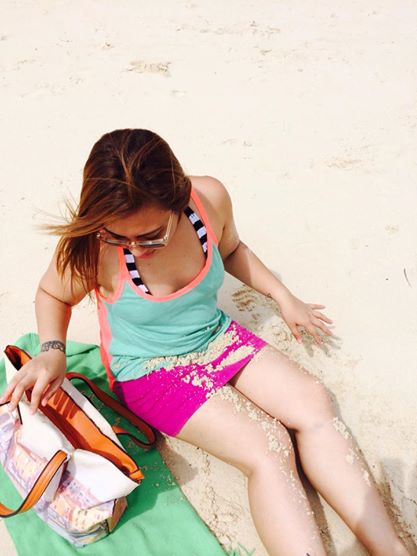 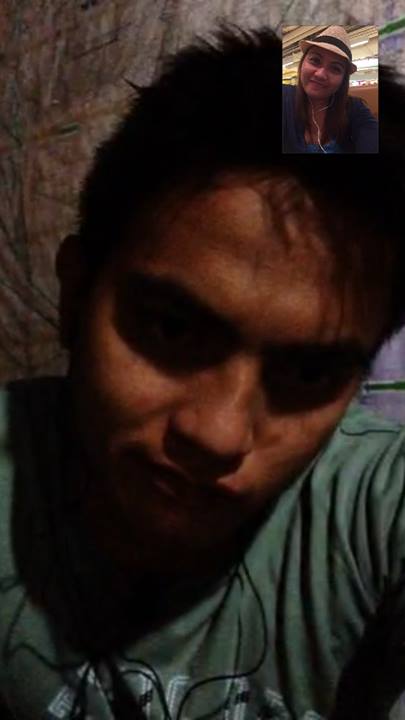 And more than anything else, he’s the guy who has accepted your flaws and imperfections.  Who has never judged your complicated world, who was able to adjust to your lifestyle and even if you can be a complete pain in the ass. he has accepted you for who you are. 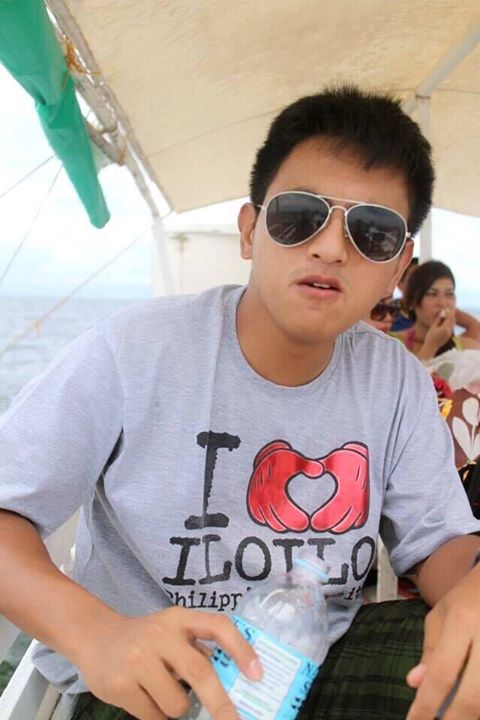 I can write so many reasons why he is special, but I guess I am too afraid to share it to everyone,  since the world might find him special too, hahahha!
Kiddin’ aside for the past five months of being together, we have accumulated thousands of memories and pictures to scan day by day, reminding us of how great it is to share our love for travelling and adventure with someone special.  We’ve travelled in so many places and I am happy that I was able to spend it with him.
Some of my friends were saying that I do deserve his love and affection, but that kept me thinking.  I must have done something really good that God had given me someone like him, or I must have done something really special to deserve someone like him.

Someone who has promised to erase all my doubts and fear in love, so that he can fill it with new and happy memories.
Someone who has changed how I look at love and someone who has been the reason of why I am smiling lately.
That someone is J, my happy ending, my happy place and my own happy pill.

Mommy and Lifestyle Blogger View all posts by SweetVSelma